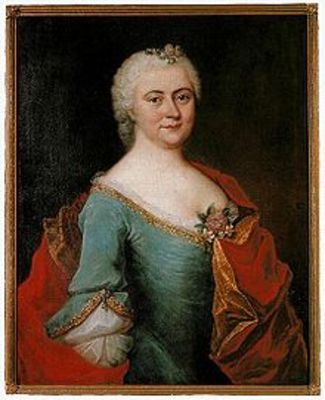 Louise Adelgunde Victorie Gottsched was a German poet, playwrite, essayist and translator during the early Enlightenment era. Early on in life she began her studies in languages and music. At the age of 16 she became acquainted with Johann Christoph Gottsched, whom she married six years later. After marriage, Louise continued to write and publish, and was also her husband's faithful helper in his literary labours. She wrote several popular comedies, of which Das Testament is the most favored, and translated The Spectator (9 volumes, 1739–1743), Alexander Pope's Rape of the Lock (1744) and other English and French works. After her death her husband edited her Sämtliche kleinere Gedichte with a memoir (1763).