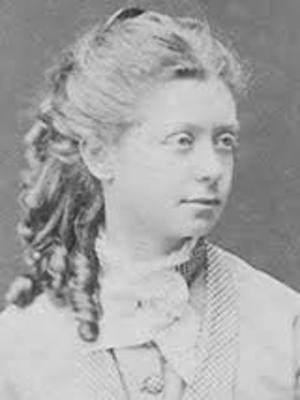 Mathilde Aloisia Kralik was born on the 3rd of December 1857 in Linz. Kralik was best known for being a great Austrian composer. In Wilhelm Kralik’s second marriage with Louise Lobmeyr he had five children. Kralik was the fourth of the five children. She had a brother named Richard, who was a poet and a historian as well. She was surrounded by music growing up. Her mother played the piano and her father played the violin. This helped the children to be very talented in composition and music. The family was quite wealthy, which allowed Kralik to have the best help possible in her music.

Kralik’s works become popular in Austria. Some of her compositions were performed by the Quartet Duesberg and also performed at the Brahms-Saal. She had many famous works including The Baptism of Christ and Christmas Cantata. Her most famous Opera was Blume und Weissblume. No information has been found about her love life or if Kralik was ever married. Later she became the Honorary President of the Women’s Choir Association Vienna. After a long life, she died March 8, 1944.