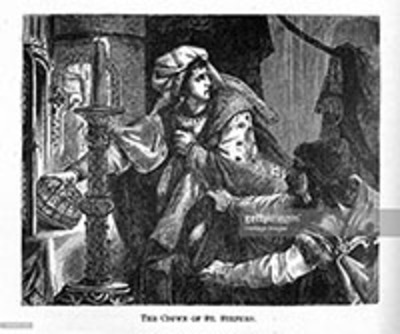 Helene Kottanerin was a royal maid and writer born in 1400. She was married to Péter Szekéles, the Mayor of Sopron. After his death she married Johann Kottaner, the chamberlain of the Vienna provost. Both she and her husband were servants of Albert II of Germany. Kottenerin served as a nanny for Albert and Elisabeth.

Kottanerin Wrote a book in 145 regarding her experiences during the theft of the Hungarian Crown of St. Stephen. Her actions were part of a royal succession plot by Queen Elisabeth. Kottaner died after 1470.