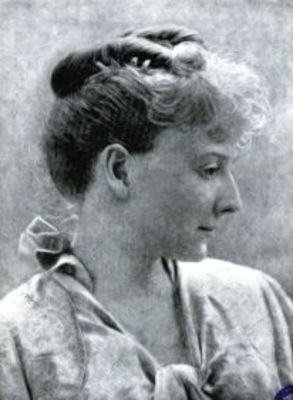 Elisabeth von Flemming was born in Karlsruhe in 1861, the daughter of the Prussian diplomat Albert von Flemming (de) and Armgard von Arnim. Her maternal grandparents were the writers Bettina and Ludwig Achim von Arnim. Flemming married the diplomat Edmund Friedrich Gustav von Heyking (de) in 1884. They lived abroad from 1886 and 1903 as he took up diplomatic posts in Beijing, Valparaiso, Cairo, New York, Calcutta, Stockholm, St Petersburg, and Mexico. During this time, Elisabeth kept a travel diary that would eventually be published after her death with the title Tagebücher aus vier Weltteilen.

Heyking's debut novel, Briefe, die ihn nicht mehr erreichten (Letters Which No Longer Reached Him), was serialised in the Berlin newspaper Tägliche Rundschau (de) in 1902 and published in 1903.

It became a best-seller and was reprinted more than 40 times in its first year of publication.