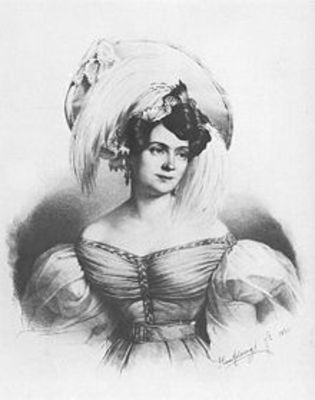 Charlotte Birch-Pfeiffer was a German actress and writer born in Stuttgart on June 23, 1800. She received early training at the Munich state theatre. She debuted in Munich at 13 and began playing leading tragic roles in 1818. She married Christian Andreas Birch of Copenhagen. Their daughter, Wilhelmine von Hillern, also became an actress. Between 1837 and 1843, she managed the theatre in Zürich before accepting an engagement at the royal theatre in Berlin. Charlotte’s specialty was dramatization of popular novels. She herself wrote numerous plays, novels and tales. She died in Berlin on August 25, 1868.