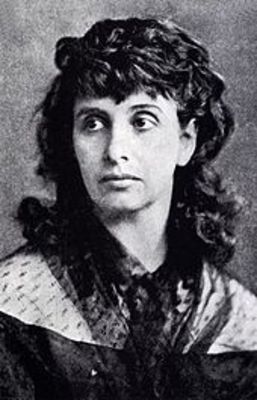 Marianne Adelaide Hedwig Schlesinger was born the illegitimate child of Gustav Adolph Schlesinger and Henriette Wilhelmine Jülich on September 20, 1831 in Berlin. She was the fourth of 18 children and her parents finally married after the birth of their tenth child. Dohm’s childhood was not a happy one for her as she envied the education her brothers received while her unsupportive mother forbad reading and locked their books in a cupboard. She attended a girls’ school until age 15, when she was required to return home to her needlework. At age 18, she began attending a school for her teaching certificate, but married Ernst Dohm shortly thereafter and never completed her formal education.

Through her marriage, Dohm came in contact with the intellectual elite of Berlin, but it was not until 1872, after raising five children, that Dohm began writing. A radical feminist of her time, Dohm wrote heavily in support of women’s suffrage and emancipation in general. Although her writings provided great support for the feminist movement, Dohm never participated in any formal organizations.