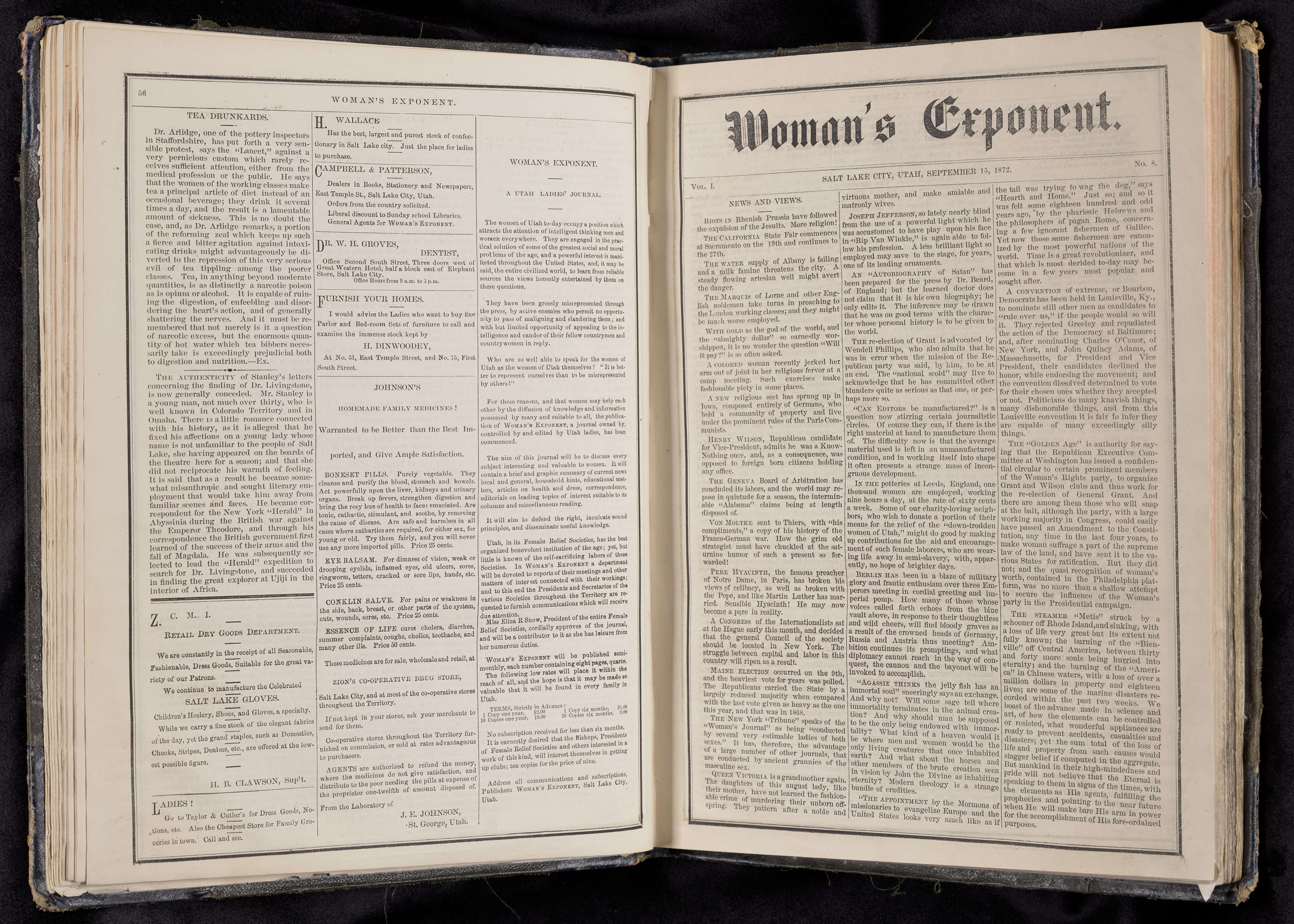 The Woman’s Exponent was established for the women of the Church of Jesus Christ of Latter-day Saints. Although never owned or sponsored by the Church, it certainly enjoyed its approval and support. In fact the first editor, Lula Greene Richards agreed to serve only after Brigham Young called her as a missionary and set her apart for the work.

Richards was twenty-three years old and unmarried when she assumed the editorship with her name listed as L. L. Greene, Editor. This was quickly changed to Louise L. Greene, by the fourth issue, after the receipt of letters addressed to “Mr.” The purpose of the Exponent was consistent throughout its 42 years of publication. It was to be a woman’s journal, but without the necessity of creating a battleground between men and women. “We have no rivalry with any, no war to wage, no contest to provoke; yet we will endeavor, at all times, to speak freely on every topic of current interest, and on every subject as it arises in which the women of Utah, and the great sisterhood the world over, are specially interested” (Woman’s Exponent, June 1, 1872, p. 4).

Earlier in that editorial, Greene had written that “we have no special need to advocate woman suffrage in Utah, for it is enjoyed by the women of this Territory.” Of course this enjoyment was not to last and the subject of suffrage became a constant in the pages of the Exponent. Defenses of polygamy, until after the Manifesto of 1890, were published regularly; the news of the Relief Society, including the local level was consistently reported; value of education for women, home helps, and women’s place in the world were frequently advocated; poetry and literature often graced its pages; history and news of the world were provided to its readers; news culled from other newspapers and fillers followed the common pattern for all newspapers; obituaries of the famous and not so famous were listed; and of course advertisements were a staple.

Related resources at the library:

Digitized copies of the Woman's Exponent

Catalog record for the print copy of the Woman's Exponent