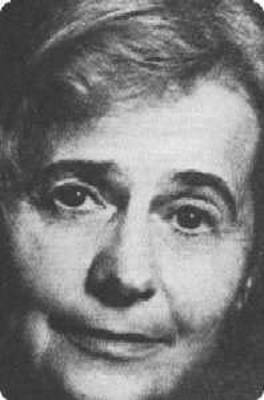 Born into a wealthy Jewish family, Hilde Löwenstein grew up in Cologne, Germany, and then studied at a universities in Heidelberg and Berlin where she met philologist Erwin Walter Palm. In 1932 she and Palm moved to Italy. In 1935 she completed her doctorate on Renaissance politics, and a year later she and Palm married. During the war the couple moved to England and then the Dominican Republic to work at Universities and escape the Nazis. Hilde began writing in the Dominican Republic, after the death of her mother in 1951. Returning to Germany in 1954 Hilde continued to write poems, leading to Hans-Georg Gadamer's description of her as the "poet of homecoming".

Hilde often gave public readings which became quite popular. She always read her poems twice, so that “they had time to lodge properly in the listener's ear, and her inevitable interpolations about the biographical context of her work never failed to fascinate”. She also became an important critic of contemporary literature.