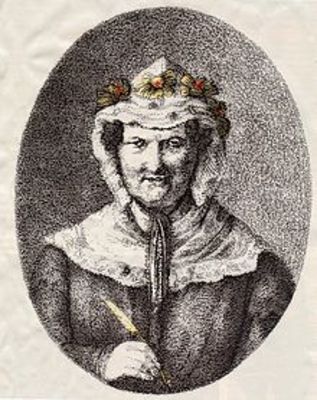 Regula Engel-Egli was the wife of a Swiss mercenary officer in the service of Napoleon. She was born in Fluntern on March 5, 1761. Her father separated from her mother when Regula was three; she was raised in an orphanage and later lived with her mother in Chur. At the age of 17, she married Florian Engel, a Grisons officer from Langwies at a Swiss Foreign Regiment. She accompanied him on several campaigns in Europe and Egypt.

After Napoleon’s abdication in April 1814, they moved to Elba. Though Regula had 21 children, only five survived. Napoleon was supposedly the godfather to three of those children. Eventually they returned to Switzerland and published a two-part set of memoirs. Destitute, she was permitted to stay at a preacher hospital in Zurich where she died on June 25, 1853.