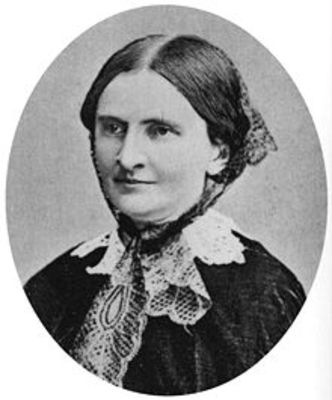 Marie Louise von François was born 27 June, 1817 to Friedrich von François and Amalie Hohl. Both of François’ parents were well-off and were it not for the unfortunate death of her father in 1818, she would have continued in comfortable circumstances. Due to the negligence of her guardian, however, François lost her inheritance and spent most of her life relying on relatives, friends and her literary gifts for support.

From a young age, Louise François had private tutors and was very personally dedicated to her education. In 1834, she became engaged to Alfred Graf Goertz, but ended their engagement in 1837, due to her family’s financial situation. François later spent several years living with her uncle, but when her mother and her step-father came into difficult circumstances and their health began to decline, she dedicated herself to caring for them.

Throughout her life, François was connected to contemporary authors, including Marie von Ebner-Eschenbach, who encouraged her writing and provided opportunities for her to publish. She published most of her works anonymously or under a pseudonym in newspapers. François died on 25 September, 1893 in Weißenfels.