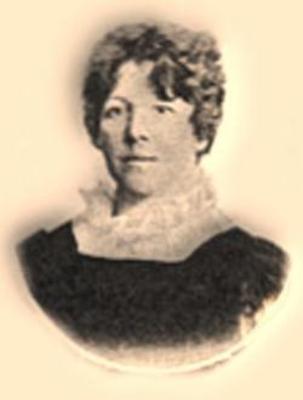 Ilse Levien, daughter of instrument-maker Karl Levien, of French Huguenot extraction, was in in Hamburg on February 3, 1849, As a young woman she worked as a teacher in Hamburg, where she also began writing under the pseudonym Ilse Frapan. In 1883 she moved to Stuttgart with her artist friend, Emma Mandelbaum. There, Frapan studied literature under Friedrich Theodor Vischer, with whom she maintained a close friendship. After his death, in 1887 the two women relocated to Munich, where they were in close contact with Novel laureate Paul Heyse and Julius Rodenberg, editor of the Deutsche Rundschau. By 1892 Frapan was living in Zurich, where she studied natural science and worked on the staff of various periodicals. There, she also made the acquaintance of Iwan Akunian (Akunoff), an Armenian teacher and author, whom she married in 1898, changing her name to Frapan-Akunian. After 1901 she, Akunian, and Emma Mandelbaum lived in Geneva. In addition, Frapan traveled extensively throughout Germany, France, and to the Georgian Caucasus. She devoted herself to Akunian's cause of freeing the Armenians from Turkish oppression, supporting him financially with her writing. In 1908, aware of a terminal illness, Frapan made a death pact with Mandelbaum: Mandelbaum shot her friend first, then followed her in death.

Known for her literature for young people, her dramas, and especially her sensitive portrayals of daily life in Hamburg, Frapan frequently returned in her writing to the difficulties and obstacles facing women, especially their search for independence and acceptance in learned circles.