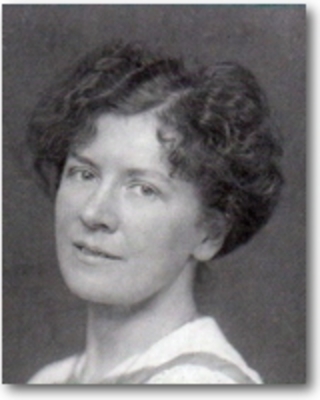 Else Frobenius was a German journalist and political lobbyist born in Lasdohn on May 14, 1875. She was the oldest of eight children and had an Evangelical religious upbringing and education. She passed the Russian-speaking Gouvernantenexamen, but did not practice a teaching profession. She became increasingly involved in journalism. She wrote newspaper articles, essays, and several books which often dealt with political issues.

Else married Carl von Boetticher, a lawyer, in 1898 and was a member of the urban elite for a time until her husband’s financial bankruptcy. They divorced in 1910. In 1908, Else moved to continue her studies in Berlin; there she met and married Hermann Frobenius, a painter, in 1915. This marriage also ended in divorce in 1921, but she kept the surname because she had already published journal articles in that name. From 1914-1922 she served as the general secretary of the “Women’s Union of the German Colonial Society Operates” and was the co-founder of the “Baltic Women’s Union” in 1916.

Else became a member of the German People’s Party in 1919 and remained so until 1930. That same year she wrote pieces on women’s suffrage and appeared in a fifteen-minute radio program to address female participation in politics. Three years later she joined the Nazi Party and wrote a book of propaganda addressing women’s role in the Nazi state. After World War II she moved to Schleswig-Holstein where she died on August 3, 1952.