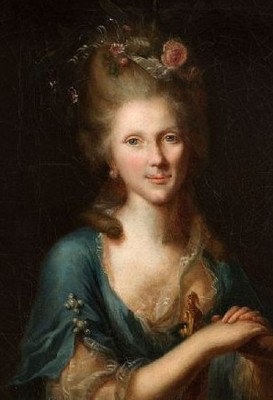 Philippine Engelhard was born the third child of Johann Christopher Gatterer and Helene Barbara Schubart. When Engelhard was two-years-old, her parents moved to Göttingen where her father taught history at the university. She spent the rest of her childhood and youth in Göttingen where she developed an interest in literature and became acquainted with other professors and students at the university. She helped her father in his library and received the education of a housewife from her mother. She began writing poetry at a young age, but it was until 1776 that her poetry began to be published. At this time, several of her poems were published in the literary publication “Musenalmanach,” both under her own name and under several pseudonyms.

On 23 November, 1780, Engelhard married Johann Philipp Engelhard of Kassel. The two had a happy marriage and ten children. Engelhard achieved her desire to be a good housewife and mother as well as an acknowledged poet. She died of a stroke on 28 September, 1831, while visiting her daughter in Blankenburg im Harz.