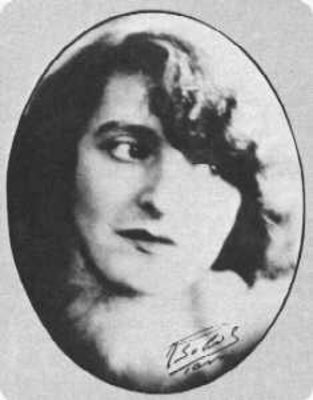 Klara Liliane Aischmann was born in Nuremburg (Nürnberg), Germany in 1891. She became a German poet, author, and editor, who also lived and worked in Paris. Several of her writings were originally in French. Her family was Jewish and relatively wealthy, but her home life was routinely turbulent. Her older brother committed suicide when he was a teenager, and several years later her mother was taken to and killed at the Auschwitz concentration camp. In 1911, Goll married Heinrich Studer, and their daughter, Doralies, was born a year later. However, Goll lost custody of her daughter when she and Heinrich divorced just five years later after infidelities on both sides.

Claire (as she became known in French) remarried a fellow Jewish poet and author Isaac Lang, who wrote under the pseudonym Yvan Goll. To escape WWII, the couple immigrated to America to work as French and German teachers and writers, but they eventually returned to Europe. Depsite affairs once more on both sides, the couple remained together until his death in 1950, after which Claire continued to have his writings published and defend them against plagiarism.

Both became icons of the French avant-garde movement, and Goll wrote novels and poems alike concerning death and crime. She rarely wrote on religion. Many of her writings offer harsh autobiographical critiques of her family life growing up, and her instability is reflected in her suicide attempts as an adult. She died in May 1977.