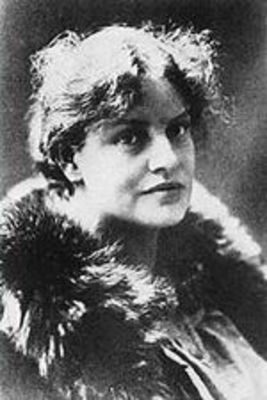 Lou Andreas-Salomé was born on February 12, 1861 in St. Petersburg. At the age of 17 she persuaded a Dutch preacher named Hendrik Gillot to teach her theology, philosophy, world religions, and French and German literature. In 1880, Salomé and her mother travelled to Zurich for her university education and in an attempt to improve her physical health. At age 21, her mother took her to Rome where she became acquainted with Paul Rée and Friedrich Nietzsche. She and Rée lived together from 1882-1885 before she married Friedrich Carl Andreas in 1887. She was one of the first psychoanalysts and one of the first women to write psychoanalytically about female sexuality. During her life she wrote many novels, plays and essays, including “Hymn to Life”. She retired from her work as a psychoanalyst at the age of 74. She died on February 5, 1937 in Gottingen.