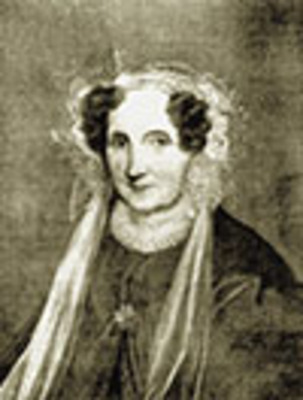 Sophie was born in Berlin in 1775 to Ludwig and Ann Sophie Tieck. She was a German Romantic writer and poet. Sophie and her brother Ludwig worked closely together particularly in the period 1795–96, when they worked on stories for Friedrich Nicholai's Ostrich Feathers. Ludwig submitted sixteen stories but eight (or nine) of these were from the pen of Sophie. They wrote and performed plays, translated Shakespeare and read the works of the Enlightenment. When the Shakespeare translations were published it was Ludwig who took the credit. In 1799 Sophie married a fellow writer and translator, August Ferdinand Bernhardi, who had taught her brother. Bernhardi also published stories and he collaborated with Sophie. He continued Ludwig's habit and did not credit his wife. He published a three-volume work, the last volume of which is thought to have been written almost entirely by Sophie, although she was not acknowledged. She divorced Bernhardi and married Karl Gregor von Knorring in 1810. She died in 1833. Her novel was not published until 1836, three years after her death. Her son William also published three volumes of his parents' stories in 1847; in these it is clear which parent wrote which story.[5] Her letters were not available until the 1960s but she is now well regarded as a result.