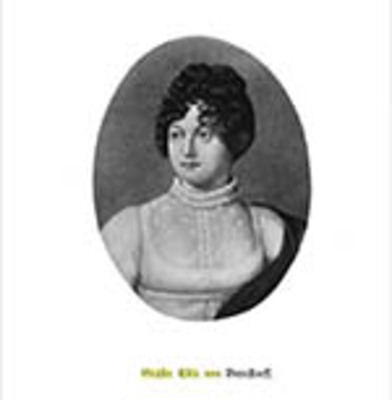 Born in 1789 as Countess Augusta Luise Elisabeth von Dernanth, she grew up in Copenhagen, Denmark. In 1806 she married her uncle, Count Christian Günther von Bernstorff, who served in several important political positions, including serving as the Foreign Minister (roughly equivalent to Secretary of State) of Denmark from 1800 to his death in 1835. As Minister, he traveled with his family (including the Countess) on many assignments. After her husband's death, Elise stayed in Berlin until her death in 1867.