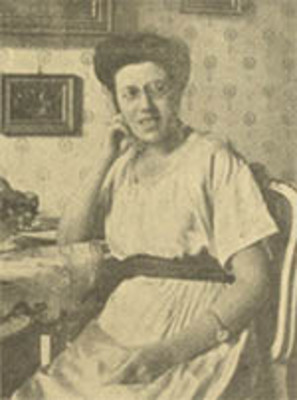 She was born Marianne Weisl into a bourgeois Viennese family, her father was a lawyer. In 1906 she married the Berlin theologian Karl Beth and converted from Judaism to Protestantism.

In 1908 she wished to study law herself but entry in to the law faculty in Vienna was not permitted to women at that time. So she first studied Orientalism. In 1919 the rules were changed permitting her to enroll in Law. In 1921 she became the first woman doctor of law on the juridical faculty in Vienna as a lecturer. From 1928 she was active as a lawyer in practice.

She wrote frequently on women's issues and was author of a legal handbook "The right of women", 1931. She was the co-founder of the "Austrian women's organization".

When Nazi Germany annexed Austria in 1938 (Anschluss), her name was removed from the registry of attorneys and Beth and her husband emigrated to the United States. From 1939 to 1945, she taught sociology at Reed College, in Portland, Oregon.