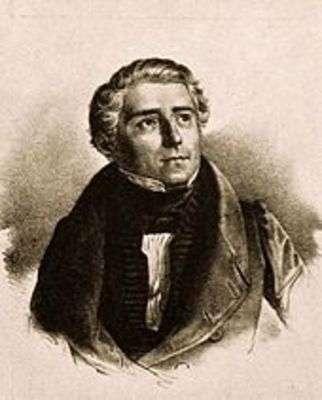 Johann Carl Gottfried Loewe, usually called Carl Loewe (sometimes seen as Karl Loewe), was a German composer, tenor singer and conductor born on November 30, 1796 in Löbejün. In his lifetime, his songs (Lieder) were well enough known for some to call him the "Schubert of North Germany", and Hugo Wolf came to admire his work. He is less known today, but his ballads and songs, which number over 400, are occasionally performed.

Loewe wrote five operas, of which only one, Die drei Wünsche, was performed at Berlin in 1834, without much success; seventeen oratorios, many of them for male voices unaccompanied, or with short instrumental interludes only; choral ballads, cantatas, three string quartets and a pianoforte trio; a work for clarinet and piano, published posthumously; and some piano solos. He died of a stroke on April 20, 1869.