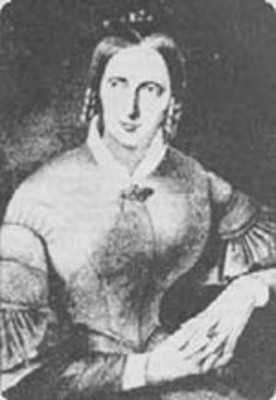 Born January 10, 1797 (some records indicate January 12, 1797), in Westphalia, Germany, Annette von Droste-Hülshoff was the second of four children born to an aristocratic family of Roman Catholics. Droste-Hülshoff was educated privately by tutors and began writing poetry and music at a young age.

In 1819, while visiting family, Droste-Hülshoff developed a romantic attachment to a law student, Heinrich Straube. The tragic conclusion of this attachment perhaps damaged her future marriage prospects and she never married. One of the Droste-Hülshoff’s most prolific periods of writing occurred during the years of her friendship with Levin Schücking, with whom she was also romantically interested, but their friendship ended several years later with Schücking’s marriage. During the time of her friendship with Schücking, Droste-Hülshoff finished her only complete prose work, the novella Die Judenbuche.

Among Droste-Hülshoff’s most famous works is her cycle of religious poems, Das geistliche Jahr. These poems reflect the author’s inner religious conflicts and she was never willing to publish them. It was only posthumously that they appeared. Very much ahead of her time, the author once said that she did not wish to be famous in her time, but would like to be read in a hundred years. Now, over 200 years since her birth, Annette von Droste-Hülshoff is acknowledged as one of the greatest female German authors of the 19th century.