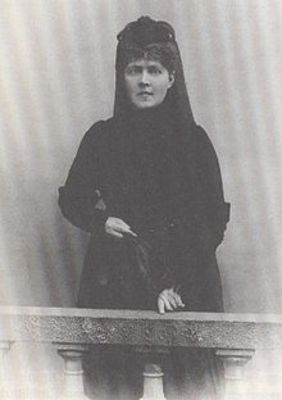 Therese Elisabeth Alexandra Förster-Nietzsche was the creator of the Nietzsche Archive and sister of Friedrich Nietzsche. She was born on July 10, 1846. She and Friedrich were close until her marriage in 1885 to Bernhard Förster. She and her husband attempted to create a “pure Aryan settlement” in Paraguay. They convinced 14 German families to live in the colony in February 1887, but the endeavor failed due to illness, transportation to the colony, and the farming environment. Her husband committed suicide by poisoning in 1889, but Elisabeth stayed for four more years before returning to Germany.

When she returned, Elisabeth took a role in promoting Friedrich’s work for publishing. She assumed the roles of both curator and editor of the manuscripts, occasionally changing them to match her own ideas. As a result, her editions caused Friedrich’s work to be associated with Nazism and militarism because she did support the Nazi party. Scholars of the 20th century have counteracted her conception of his philosophies. Elisabeth died on November 8, 1935.