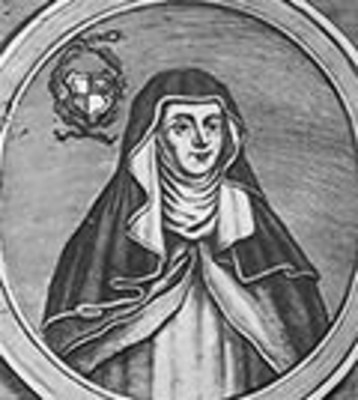 Roswitha von Gandersheim was a female playwright and nun who lived in the tenth century, completing her works in Latin. She lived in a convent in Gandersheim and followed the Order of Saint Benedict. The Cardinal Gasquet considered her plays the best of the feudal age, an even more impressive feat due to Germany’s reputation as the least civilized of regions during this time period. He noted her deep knowledge of the scriptures, philosophers both Christian and Roman, Christian texts, and theater. She was especially influenced by the playwright Terence. While her birthdate cannot be pinpointed exactly, she was born between 912 and 940 into a noble family. She entered the abbey in her early twenties and remained in Gandersheim until her death, date suspected around 973. Her manuscripts lay in the convent for hundreds of years until their discovery and publication at the turn of the 16thcentury. Her plays glorify chastity and feature women who pursue virginity above all other virtues.