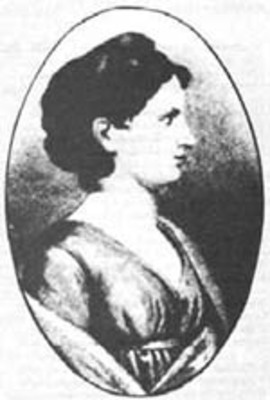 Karoline von Günderode was born in Karlsruhe on February 11, 1780. She was a German Romantic poet. Günderode came from a well-educated, but poor family where she was the oldest of six children. At the age of 17 she went to Frankfurt to live at an institution for single aristocratic women, who were still looking for a husband.

Günderode felt that she would have been a much better man than woman because she felt wild and great even enough to go to war. She almost married Friedrich Carl von Savigny, who unfortunately decided to marry Günderode´s friend instead. Savigny was not able to handle the intelligent woman that Von Günderode represented. She wrote stories where women were the central heroic characters such as Hildegun, Nikator and Mora.

She fell in love with the philologist and archeologist Georg Friedrich Creuzer; however, he became ill and was going to die. Because she was in love with him she decided to kill herself to be with him by stabbing herself with a dagger on July 26 1806. Sadly, Creuzer actually recovered and lived on.