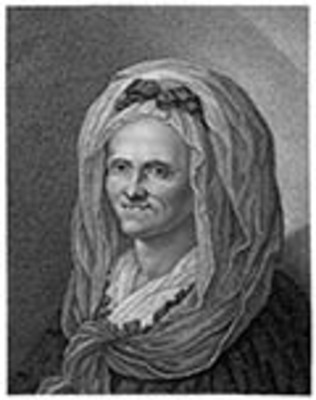 Anna Louisa Karsch—known to her contemporaries as “Die Karschin” —was born on the first of December, 1722 in the province of Silesia. Her father, a beer-brewer, and her mother ran a wayside inn. When Karsch was about six years old, her mother sent her to live with her great-uncle. This relative lovingly taught her to read and to write against the will of her grandmother. Karsch secretly read anything she could find, and her uncle explained passages that she could not understand. Her mother took her back home in order to hinder her education, which she insisted would drive her daughter insane. Turned loose to tend her family’s cows, the ten-year old Karsch came into contact with a sheepherder who provided her with books. Karsch’s step-father beat her because of her “Lesesucht” and she had to hide her books carefully in order to keep reading.

While still very young Karsch entered into an unhappy, short-lived marriage. She still had access to books through the sheepherder, and continued to read as an escape from her squalid existence. While Karsch toiled to feed and raise her family, she sang the hymns that she had memorized by the hundreds. She especially loved Loblieder, songs of praise, and sang an ever-growing repertoire that she gathered from her reading and from her dealings with other people in her area. She particularly loved verses by Johann Franck, which she knew from a collection she had found at her great-uncle’s house. Inspired by his verses, she began to compose poetry herself, and set her verses to the tunes of the hymns that she knew. She longed to devote herself to her poetry, but found herself so busy with her daily housework that she hardly had time to think of poetry.

Karsch and her first husband separated, and then her mother forced her into another marriage with a man who proved to be an abusive drunkard, and again she found herself in insufferable poverty. During her second marriage, Karsch wrote a poem to comfort the widow and daughter of a nearby innkeeper. A learned relative who came to the funeral refused to believe that a woman had penned the verses, and so the family brought Karsch to him to prove that she was indeed the poet. This man brought a well-known teacher to meet Karsch, and she impressed them both with her ability to compose intricate and well-structured verses. The pair presented Karsch with a small collection of poetry books, which she pored over through the rest of her life. She began to compose Gelegenheitsdichtungen for weddings and various local celebrations. Through her poetry she came into contact with a widening circle of friends and supporters, and she was able to offset her family’s financial peril through her writing talent. Karsch’s friends spread the news of her talent, and began to print her verses in newspapers. Many of her supporters were Lutheran pastors and the wives of pastors, and her poetic talents grew in the cultural circles of the pastor houses.

During the Prussian campaign against Austria in Silesia, Karsch wrote many praises of Frederick, the Prussian King. Circumstances led her to cross Friedrich’s path, and to see him upon his horse. This inspired her to write a series of well-received works about Friedrich’s victories, and these made her famous throughout the area. She began to be invited into the best houses, and made many friends in high circles. At this time her two youngest children died, and between the fear of wartime, the grief of a mother and the cares of a neglected wife, she fell into despair. Out of this despair came “Klagen einer Witwe,” a poem which pleased a Prussian General so much that he took Karsch and her daughter with him back to his wife in Berlin and set up her son with a position at a country estate. In a letter to her patron Sulzer, Karsch describes her impressions of Berlin in 1761:

Karsch soon became known among the leading thinkers and artists of Berlin, even Moses Mendelssohn spoke highly of her. She speaks of her walks through Berlin with the new books that she received from her patrons, and how Plutarch was her only walking partner as she wandered through the Tiergarten, sitting under trees and reading until the other Spaziergänger went home.

Following invitations, Karsch went to Magdeburg and Halberstadt, and was very well received in these cities. She worked on a Passionskantate with the king’s sister in Magdeburg, and was soon in the very highest circles in Prussian society. The high point of her career came with the publication of her selected poetry in 1764. Karsch presented herself successfully as an autodiact, as a “Naturdichterin.” Aesthetic discourses of the time saw such “natural” talent as proof of the limitation of the highly formalized poetics that had held sway in German-speaking Europe for centuries. Her natural abilities earned her the nickname “Die deutsche Sappho,” recalling a female poet of antiquity.

Although she continued to write poetry throughout her life, Karsch’s correspondence is often seen as one of her major literary accomplishments, particularly her letters to Johann Wilhelm Ludwig Gleim. Though Gleim never requited her love, the two carried on an active correspondence that exhaustively and candidly reviewed the literary scenes in Berlin and Halberstadt. Ute Pott describes this unique body of letters:

The body of letters that survive from this fruitful correspondence form an important part of Karsch’s (and Gleim’s) literary legacy. The letters provide unique insight into the literary world in late-Enlightenment Prussia.

After writing so many poems that spoke his praises, Karsch finally met Friedrich II, and in 1763, the king—in unclear terms—agreed to care for the financial needs of the “deutsche Sappho.” These “promises” as Karsch understood them, were never fulfilled, and she spent much of her later life in poverty again, carving out an existence with minimal publications and her few remaining patrons. Many of her erstwhile supporters among the literary elite later criticized the poor editing and rough edges of her poetry. One of her greatest trials was the acrimonious relationship that she had with her daughter, the poet and dramatist Caroline Louise von Klencke. After the death of Friedrich II, Karsch and Gleim disagreed sharply over the question of approaching the new king and asking him to fulfill the previous king’s promises of support for Karsch. On the twenty-fourth of January, 1787, Friedrich Wilhelm II agreed to build a house for Karsch, and referred to her as “Deutschlands Dichterin.” Her last years were some of her most productive, her famous speed and ease in composition did not leave her. In 1791, Karsch died in the house that the King had built for her.

Anna Louisa Karsch left a literal artistic legacy, for her daughter Caroline Luise von Klencke became a respected poet and dramatist, and her granddaughter Helmine von Chezy became a celebrated author and librettist. Karsch also left another legacy as the first German-speaking woman to live from the proceeds of her own literary works. These works themselves form Karsch’s most important legacy, for in their naïve and problematic verse they demonstrate the undeniable talent of the woman who became a celebrated German poet in spite of the economic, educational and ideological borders that excluded her.