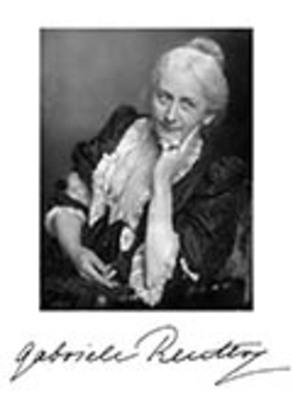 In the course of a life that would span more than eight decades, Gabriele Reuter experienced firsthand the political, social and economic turmoil that accompanied the creation of a unified German state. The daughter of a wealthy German merchant, Reuter grew up primarily in Egypt, where German economic interests were asserting themselves against those of the British and French for control of the Suez Region (construction of the strategic canal was already underway). Reuter's first published work, a colorful description of Alexandria, casts light on this period of international intrigue in the European quest for domination of Northern Africa.

The death of Reuter's father in 1872 meant a permanent return to Germany, as well as the added burden of caring for her mother, who was frequently ill. At the same time, Germany provided the young author with opportunity to pursue her literary interests-not only did she find avenues through which to publish her work, but the looming social issues furnished her with raw material for her creative probing. The perspective gained from her experience abroad, which manifests itself in a candid portrayal of German social institutions, lends Reuter's writings a unique flavor.

Reuter's interest soon turned to the restrictions placed upon middle-class women in her society. Among her most important works are Aus guter Familie (1895), Die Probleme der Ehe (1907) and Vom weiblichen Herzen (1917), as well as articles on Marie von Ebner-Eschenbach (1904) and Annette von Droste-Hülshoff (1905) . A staunch advocate of universal suffrage; an influential voice in the literary circles of Berlin, Weimar and Munich; and a discerning dramatist with a taste for avant-garde theater, Gabriele Reuter remains one of the most influential German-language women authors of her time.