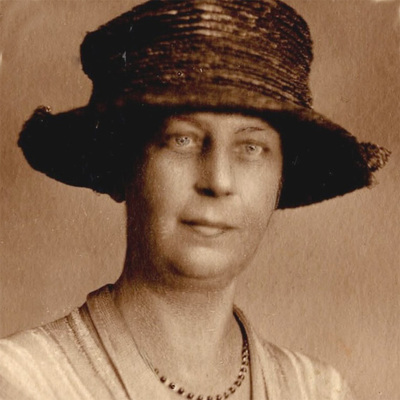 Vilma von Webenau was born in Constantinople on February 15, 1875. She studied music in Munich and Vienna and was the first student of Arnold Schönberg. Schönberg gave her harmony and composition lessons from 1898 to 1902. Afterwards she lived in Vienna as a music teacher and performed her first works there in 1907. Vilma was a member of the club of Viennese musicians and was one of its more prominent members. She held music theory lectures in 1917 and 1918. She died in Vienna on October 9, 1953. She was interred at Vienna’s Central Cemetery, though the whereabouts of her grave are apparently unknown.