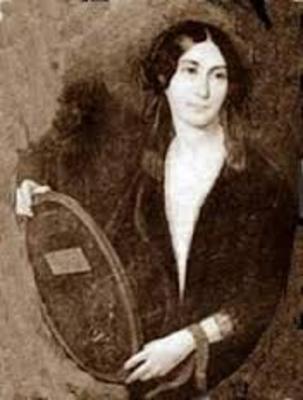 Louise-Victorine Choquet was a French poet born on November 30, 1813 in Paris. She entered a Parisian school in 1829 and went to the Humboldt University of Berlin in 1838 to study German. In 1843, she married an Alsatian philologist named Paul Ackermann who died only two years later. After his death, she moved to live with a sister in Nice.

Though she had published works during 1855 and 1862 (Contes en vers and contes et poésies, respectively), Louise is best known for the verses that followed. In 1874, she published Poésies, premières poésies, poésies philosophiques, which was well-received in the May 1874 issue of a monthly literary and cultural affairs magazine called Revue des deux Mondes. Afterwards, she moved back to Paris, published an additional volume of prose called Pensées d'un solitaire, then died on August 2, 1890.