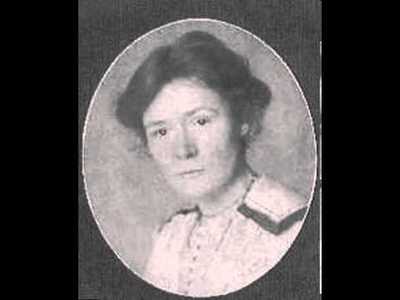 Johanna Senfter was a German composer born in Oppenheim on November 27, 1879. She was the daughter of Elise and Georg Senfter and was the youngest of six siblings.

From 1895 she studied music theory and composition under Iwan Knorr, violin under Adolf Rebner, piano under Karl Friedberg and organ under Prof. Gelhaar at the Hoch Conservatory in Frankfurt am Main in March of 1895. This gave her a considerable amount of musical training when she became a student of Max Reger in Leipzig from 1908 to 1910. She composed 9 symphonies, 26 orchestral works and concertos for piano, violin, viola, and cello. Senfter was a masterful composer of fugue. She composed approximately 134 works in multiple genres except for opera. She died in Oppenheim on August 11, 1961.