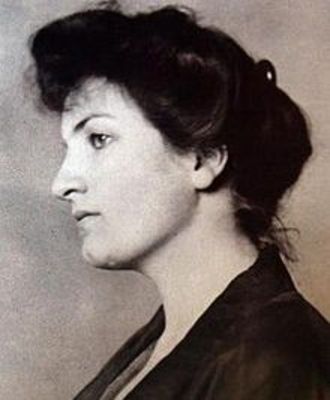 Alma Maria Mahler Gropius Werfel, previously Alma Maria Schindler, was born in Vienna, Austria on August 31, 1879 and was known throughout her life as a socialite and composer. Alma played the piano from childhood and said that she first attempted composing at age nine. She studied composition with Josef Labor starting in 1895. She began composition lessons with Alexander von Zemlinsky in early 1900 but stopped after her engagement with Gustav Mahler. She became the wife, successively, of composer Gustav Mahler, architect Walter Gropius, and novelist Franz Werfel, as well as the consort of several other prominent men.

Musically active from her teens, she was the composer of at least seventeen songs for voice and piano. In later years her salon became part of the artistic scene, first in Vienna, then in Los Angeles. In 1946 Mahler-Werfel became a U.S. citizen. Several years later she moved to New York City, where she remained a cultural figure. She died on December 11, 1964 in New York City.