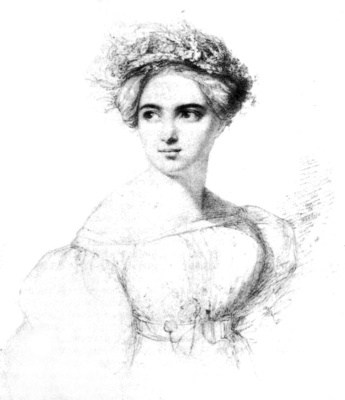 Fanny Mendelssohn was born 14 November, 1805 in Hamburg, to Abraham Mendelssohn and Lea Salomon. At her birth, Hensel’s mother commented that her daughter had “Bach Fugue fingers,” a statement that would prove true in the coming years. The oldest of four children and the older sister of Felix Mendelssohn, Hensel was raised in a home where education was taken very seriously. Although her father never intended her to use her training in a career, Hensel, along with her siblings, was provided with piano and music lessons from renowned musicians.

When Hensel married Wilhelm Hensel in 1829, she determined to give up her music in favor of the female’s accepted role, that of housewife. Luckily, Wilhelm was supportive of her continuing her musical hobbies and Fanny continued the family tradition of Sunday concerts in her parents’ home. Here, she was able to perform her music for many musical contemporaries of her day.

Throughout her life, Hensel and her brother Felix were the closest of friends. Felix published several of his sister’s songs under his name and consulted her on all of his musical decisions. Hensel herself wrote over 400 songs during her short lifetime. When Hensel died of complications from a stroke in 1847, Mendelsohn was devastated and passed away from the same complications less than six months later.