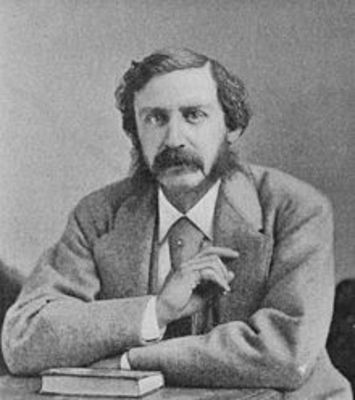 Bret Harte is an american author and poet. He was born in Albany, New York in 1836 and moved to California in 1853 and was therefore there during the California Gold Rush which greatly influenced his works, most of them being about miners, gamblers and other figures of the Gold Rush. In 1871 he traveled back to New York then eventually settled in Boston.

In 1878 Harte was appointed as United States Consul to Krefeld, Germany and later given a similar position in Glasgow in 1880. In 1885, he moved to London and stayed in England the rest of his life until his death in 1902.

He married Anna Griswold on August 11, 1862 but of their 40 years of marriage, they spent only 16 together. She did not accompany him to Europe and he never traveled back to the United States.