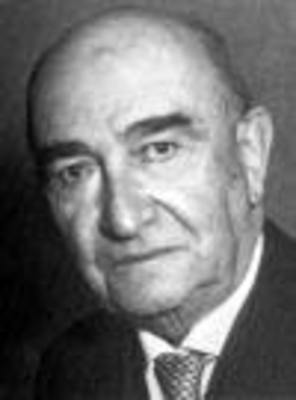 Leopold von Wiese was the only son of a prematurely deceased Prussian officer and received his education at the cadet schools in Wahlstatt and Lichterfelde. After leaving the cadet corps, he then studied economics at the Friedrich Wilhelm University in Berlin where he got his Ph.D. in 1902. Subsequently, he was scientific secretary of the "Institute for the common good" (Institut für Gemeinwohl) in Frankfurt. In 1905, he was Associate Professor of Economics at the University of Berlin. 1906 he was appointed professor of political science at the Royal Academy in Posen; in 1908 he joined as a professor of economics and business economics at the Technical University of Hanover. 1912 he became director of studies at the "Academy for Local Government" (Akademie für kommunale Verwaltung) in Düsseldorf, and in 1915 he became a professor at the Graduate School of Cologne (Handelshochschule Köln).

After the First World War in 1919, he became Director at the "Research Institute for Social Sciences" (Forschungsinstitut für Sozialwissenschaften) in Cologne and Professor of Economic and Political Sciences of sociology at the University of Cologne (refounded in 1919). He had thus held the first chair of sociology in Germany. He was also Director of the Department of Sociology Founded "Institute for Social Research" which has been founded on the initiative of the Mayor Adenauer. His 1921 co-founded Kölner Zeitschrift für Soziologie und Sozialpsychologie still exists today.

Until 1933, he was secretary of the German Society for Sociology (DGS). After the "closure" of the DGS by Hans Freyer and the Research Institute for Social Sciences by the Nazis in 1934 he went for a year to the United States. His successor was Willy Gierlichs. Upon his return, Wiese taught economics at a closed circle of listeners.

In 1946 he became chairman of the revived DGS, which he reformed until 1955 as its chairman. In 1954 he became vice-president of the "International Sociological Association.Wiese is the father of the literary scholar Benno von Wiese and the actress and writer Ursula von Wiese.