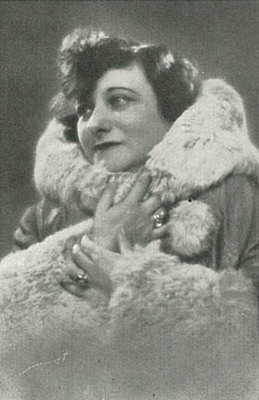 Camilla Frydan was born in Vienna, Austria on June 3, 1887. Her brother Ludwig Herzl was a librettist, and she was involved in plays, opera, and music throughout her life. She wrote all her works under the pseudonym Frydan. Frydan married Oscar Friedmann, a well-known Austrian playwright. After his death, Frydan immigrated first to Switzerland and then to the United States in 1939, settling in New York. A talented librettist, conductor and composer, she became known for her compositions including Madame Napoleon and The Big Drum.

Her work was very successful and she became known in multiple countries, writing in several different languages, including English and German. A few of her popular songs are One Kiss for Tomorrow and Remember Gay Vienna. One newspaper wrote that as a musical artist, she had nothing to fear from the male competition of the time. She passed away on June 10, 1949 in New York.