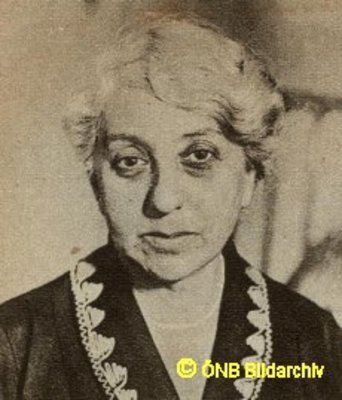 Adele Georgina Schreiber-Krieger (29 April 1872 – 18 February 1957) was an Austrian-German politician, writer and feminist. An activist for the rights of women and children, she sat in the Reichstag of the Weimar Republic for a total of eight years under the Social Democratic Party of Germany. She fled the nascent Nazi Germany in 1933 and settled in the United Kingdom and later Switzerland, where she died.