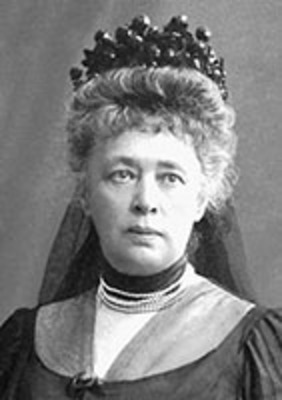 Raised by her mother under the aegis of a guardian who was a member of the Austrian court, she was the product of an aristocratic society whose militaristic traditions she accepted without question for the first half of her life and vigorously opposed for the last half. As a girl and young adult, Bertha studied languages and music (at one time aspiring to an operatic career), read voraciously, and enjoyed an active social life enlivened by travel.

At thirty, feeling she could no longer impose on her mother's dwindling funds, she took a position in Vienna as teacher-companion to the four daughters of the Suttner household. Here she met her future husband, Baron Arthur Gundaccar von Suttner.

In 1885, welcomed by the Baron's now relenting family, the Suttners returned to Austria where Bertha von Suttner wrote most of her books, including her many novels. Their life was oriented almost solely toward the literary. In 1891 she helped form a Venetian peace group, initiated the Austrian Peace Society of which she was for a long time the president, attended her first international peace congress, and started the fund needed to establish the Bern Peace Bureau.Her illness - suspected cancer - developed rapidly, and she died on June 21, 1914, two months before the erupting of the world war she had warned and struggled against.