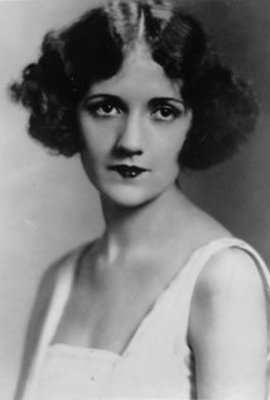 Constance Alice Talmadge (April 19, 1898 – November 23, 1973) was an American silent movie star born in Brooklyn, New York. She was the sister of actresses Natalie and Norma Talmadge. Constance was born on April 19, 1898 in Brooklyn, New York to poor parents, Fred and Peg Talmadge. Her father was an alcoholic, and left them when she was still very young. Her mother made a living by doing laundry. When a friend recommended that Constance's mother use older sister Norma as a model for title slides in flickers, which were shown in early nickelodeons, Peg decided to do so. This led all three sisters into an acting career.

Like her sister Norma, Talmadge succumbed to substance abuse and alcoholism later in life. She also had many failed affairs and relationships She was married four times; all the unions were childless:Her first marriage, to John Pialoglou, occurred in 1920 at a double wedding with Dorothy Gish and James Rennie; she divorced Pialoglou two years later. She married Alastair McIntosh in February 1926, divorcing in 1927. She married Townsend Netcher in May 1929, divorcing in 1931. She married Walter Michael Giblin in 1939. This marriage lasted until his death on May 1, 1964. Talmadge's mother fostered the belief she might one day return to films. “Success and fame cast a spell that can never been quite shaken off,” her mother pointed out in her autobiography. “A woman, because of her love, may say, and in the fervor of the moment believe, that she is ready to give up her chosen work. But there is sure to come a time when keen longing and strong regret for her lost career dominate over the more placid contentments of love and marriage. Then unhappiness and friction ensue.” Along with her sister Norma, Mary Pickford, and Douglas Fairbanks, Talmadge inaugurated the tradition of placing her footprints in cement outside Grauman's Chinese Theater. She left a trail of five footprints in her slab. Her star on the Hollywood Walk of Fame is at 6300 Hollywood Blvd.