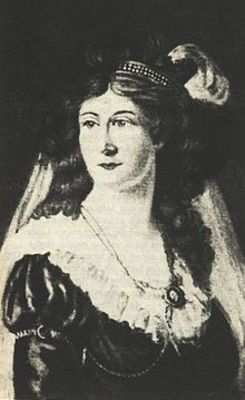 Emilie von Berlepsch (Dorothea Friderika Aemilia von Berlepsch) was a German traveler and author born on November 26, 1755 in Gotha. Her parents were Amelie and Carl Georg August von Oppel. After her father died, she was raised by an uncle and given a private education. During that time she published some poetry and a book of protest after Switzerland was invaded by the French in 1798. At the age of 16, she married Friedrich Ludwig von Berlepsch and had three children before their divorce in 1787. Despite that setback, she enjoyed some success in that her work was regarded increasingly well. She left Switzerland and spent some time in Scotland. She wrote a four-volume account Caledonia, which addressed Scotland and female writers publishing in English, in German. She eventually returned to Germany and married August Heinrich Harmes. She died in Lauenburg on July 27, 1830.