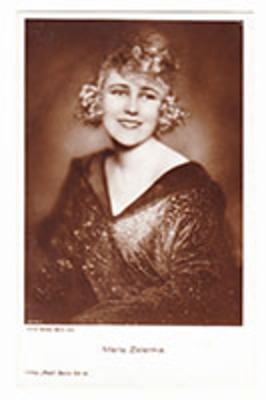 Maria Zelenka was an Austrian actress. After just 14 days of schooling at the Schauspielschule (acting school) Otto she received her first stage performance in 1914 at the Linzer Landestheater. She later received roles at the Nuremberg City Theater, the Hoftheater Mannheim, the Hofburgtheater in Vienna and the Hoftheater in Munich. Her roles include: Minna von Barnheim, das Klärchen in "Egmont", Gretchen in "Faust" Between the years of 1918 and 1932 she played roles in a number of silent movies.