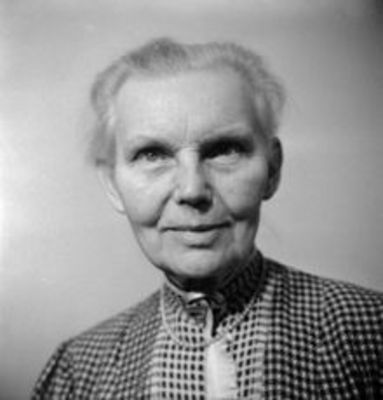 Marie Elisabeth Lüders was a German politician born in Berlin on June 25, 1878. She was the first woman to receive a doctorate in political science in Germany. In 1909 she founded a lobbying group to promote equal education for women. Lüders held leadership positions in both the Women’s Central Work Office and the Women’s Department within the German War Office; these positions helped her work to improve women’s working conditions and provide childcare for the families of female workers. In 1919 she held a parliamentary seat in the Weimar National Assembly and later became a member of the Reichstag. Unfortunately her writings were banned in 1933 by the Nazis and she was jailed in 1937 for four months.

After the war Lüders joined the Bundestag. She worked on women’s rights issues through her position in parliament until her resignation in 1961. She died in West Berlin on March 23, 1966.