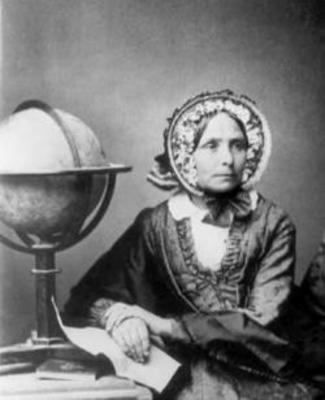 Pfeiffer was born on October 14, 1797 in Vienna, Austria. The only girl in her family, Pfeiffer was raised by her father in true male-like fashion. She was encouraged to dress like a boy, play boy's games and take part in activities that were normally reserved for the male gender. However, after her father's passing, she was handed over to maternal care and very quickly grew to live within the bounds of the accepted female roles.On May 1, 1820 she married Dr. Pfeiffer, a lawyer, who was 24 years older than she was. Their marriage was an unhappy one, and after he died and their sons had homes of their own, Pfeiffer was free to fulfill her childhood dream of travelling the world. Indeed, she travelled the world several times over; travelling perhaps further than any other female writer of the 19th century. Suffering from a disease she contracted in Madagascar, she never fully recovered and died on October 27, 1858 in Vienna, Austria. The exact cause of her death is unknown, however maleria is believed to be the most probable.Pfeiffer recorded all of her travels and published them in over 10 volumes. Her final travels in Madagascar were published on her behalf by her son, Oscar Pfeiffer. These journals recount the remarkable experiences of a 19th century female traveller who encountered cannibals, criminals and various religious groups, including the newly founded "Mormon church" (The Church of Jesus Christ of Latter-day Saint, now headquartered in Salt Lake City, Utah).