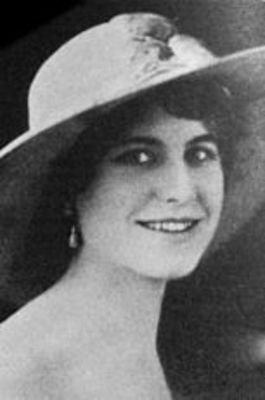 Jeanie MacPherson was an American actress, writer, and director. She was born in Boston, Massachusetts on May 18, 1887. As a teenager she attended Mademoiselle DeJacque’s school in Paris for a time before returning to the United States for employment. She finished her degree from Kenwood Institute in Chicago. Afterwards, she began her career as a stage performer and dancer in the chorus of the Chicago Opera House. Eventually she became entranced by the idea of film and debuted in 1908.

MacPherson acted in controversial and ethic roles for director D. W. Griffith. She moved on to become a leading lady for the old Universal Company in 1913 where she wrote, directed, and acted. She became the youngest director in motion picture history. After leaving Universal in 1917, she focused on film writing for Lasky Studios. Through her work, MacPherson was able to give women a voice in the film writing industry. She was one of the founding members of the Academy of Motion Picture Arts and Sciences.

MacPherson died of cancer in Los Angeles, California on August 26, 1946.