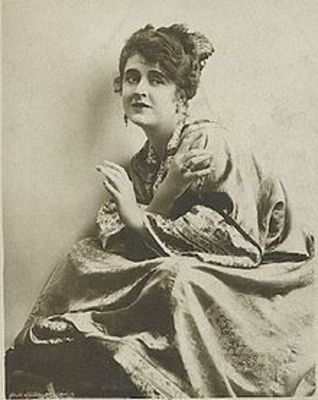 Magda Madeleine was a theater and film actress born in Munich during the 1890s. At 16 she was initially discovered by director Paul von Woringen who offered her a role which she refused. Later she was rediscovered by Walter Turszinsky during a rehearsal at the Metropol Theater. She also performed at the Residenz-Theater, Thalia Theater, and conservatory. Beginning in 1915, most of her roles were Salon Ladies and sentimental women’s roles, neither of which she particularly enjoyed. Madeleine had her own movie series between 1918 and 1919 and performed in several films before 1925. She died sometime after that year.