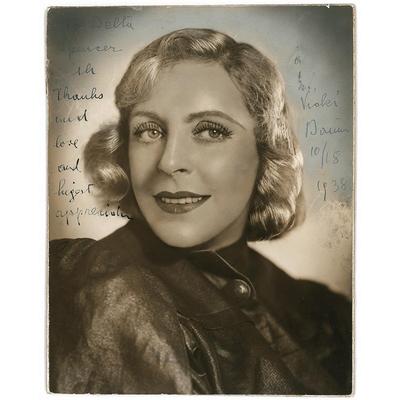 Baum was born in Vienna into a Jewish family. She began her artistic career as a musician playing the harp. She studied at the Vienna Conservatory and played in an orchestra in Germany for three years. She later worked as a journalist for the magazine Berliner Illustrirte Zeitung, published by Ullstein-Verlag in Berlin. She was married twice: first, in 1914, to Max Prels, an Austrian journalist who introduced her to the Viennese cultural scene; and, in 1916, to Richard Lert, a conductor and her best friend since their childhood days. Richard was the brother of stage director Ernst Lert. During World War I she worked for a short time as a nurse.

Baum began writing in her teens. Her first book, Frühe Schatten, was published when she was 31. She is most famous for her 1929 novel Menschen im Hotel which was made into an Academy Award winning film, Grand Hotel. She emigrated to the United States with her family after being invited to write the screenplay for the film. Her memoir, It Was All Quite Different, was published posthumously in 1964. She wrote more than 50 novels, and at least ten were adapted as motion pictures in Hollywood. Her post-World War II works were written in English, rather than in German.

Baum visited Bali in 1935 – and as a conseqeunce she wrote Liebe und Tod auf Bali (A Tale from Bali) which was published in (1937). The book was about a family that was caught in the massacre in Bali in 1906.

Vicki Baum died of leukemia in Hollywood, California, in 1960.

Vicki Baum is considered one of the first modern best-selling authors, and her books are reputed to be among the first examples of contemporary mainstream literature.