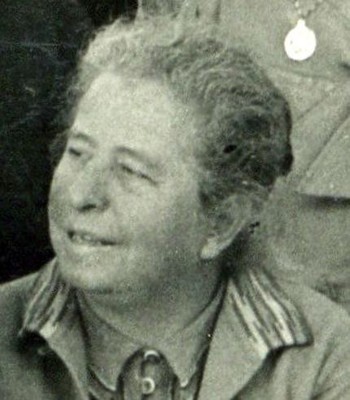 Gertrud von Massenbach, also known as “Sitte Masmas“ is well known for her work in the Nubian and Dongolawi languages of Sudan. She was born on Jan. 6, 1883 in the province of Posen, Castle Pinne the 6th child out of ten children. Both of her parents died before she reached age 15. At 19 years old, Gertrud completed the examinations to become a teacher in 1902. From 1904 to 1908, she taught in the home of Wilhelm von Polenz in Lusatia. But in 1909, she applied to be a missionary and was sent to Aswan, Egypt.

Upon her arrival in Aswan, she taught 70 to 80 children math and Arabic writing in the missionary school. She visited her students in nearby regions of Nubia deepening her connections to Nubia and Aswan. In 1913, together with colleagues in Berlin she wrote a language guide for Kunuuzi Nubian. Back in Aswan, she translated the four Gospels of the New Testament into Kunuuzi under the direction of Samuel Ali Hiseen. She then put in charge of the School in Edfu, but had to leave Egypt in 1914 as World War I began.

In 1924 she was allowed to return to her missionary efforts but the mission was again disbanded in 1939 with the start of World War II. Gertrud returned to her hometown, Posen, where she was appointed as a female Vicar. She was able to return to Egypt in 1952. Until the end of her life, she worked tirelessly researching and publishing her works on various languages in the Egyptian regions.