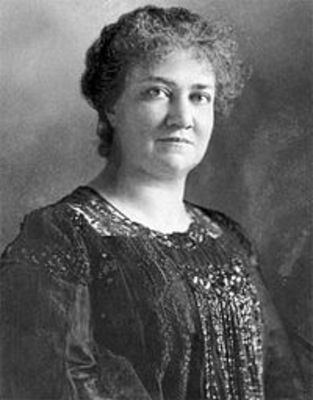 Rosa Mayreder (nee Obermayer) was an Austrian author, painter, musician, and feminist. She was born in Vienna on November 30, 1858. Mayreder did not receive a formal education, but was given lessons in French, painting, and piano while sitting in on Greek and Latin lessons her brothers received. In 1881 she married architect Karl Mayreder. She formed connections with several others who supported women’s rights. One of these individuals, Hugo Wolf, developed one of Mayreder’s stories into his opera during 1896. During this time she published her first novel. She published additional novels in 1905 and 1923, both of which criticized discrimination against women.

During World War I, Mayreder engaged in a peace movement and became chairman of the International Women’s League for Peace and Liberty in 1919. She died in Vienna on January 19, 1938.