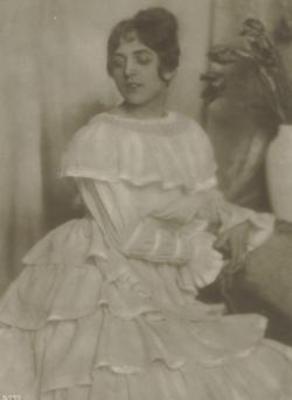 Hella Moja lost her parents at a young age, and worked as a translator for the Deutsche Presse-Korrespondenz in Hannover. She received stage training from Emmanuel Reicher and Frieda Richard, and had her debut in 1913 on the Berlin Lessingtheater stage. From 1914 she performed in many silent movies and was known as one of the most famous German actresses during the time of WWI. In 1918 she founded her company "Hella Moja Filmgesellschaft", but soon ran into problems in the early 1930s because she wasn't of Aryan decent. She changed her name to Helka Moroff, and then later to Hella Sewa as she began to work in the Kiel City Theater