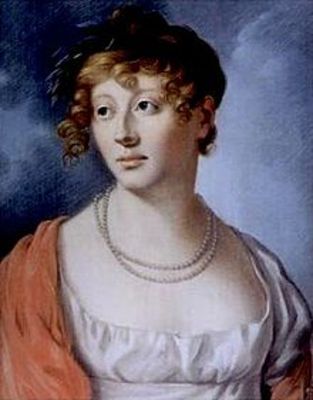 Karoline Jagemann was a German tragedienne and singer born in Weimar on January 25, 1777. She was the daughter of the scholar and librarian Christian Joseph Jagemann. Her brother Ferdinand became a painter. Jagemann studied at the Weimar Princely Free Zeichenschule, then trained in acting and singing in Mannheim in 1790.

Jagemann debuted in 1792 in the title role of the opera Oberon – The Fairly King. She became a court singer in 1797. She eventually became the director of the court theater. After her lover, Karl August, died in 1828, Jagemann retired from the stage.