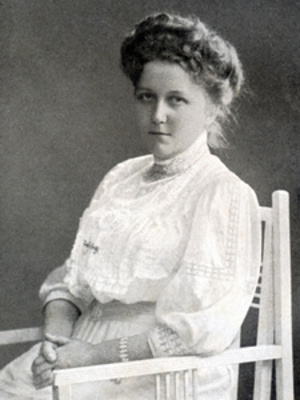 Maria Karow was born in 1879. She graduated from a housekeeping training school for girls in Stolpe. In 1905 she travelled to German South West Africa where she remained until 1909. Eventually she returned to Germany but remained in love with West Africa. She devoted herself to public relations and became a member of the Colonial Women’s Federation for three years. Karow worked to promote colonial thinking in the population and her presentations were given in numerous venues. She published a book around this time.

In 1912, Karow was entrusted with managing an education institution in Herchenhainer. She also worked as a bank official in Berlin from 1916 to 1925. Two years later she married Walter Trapp. Karow died in Berlin in 1949.