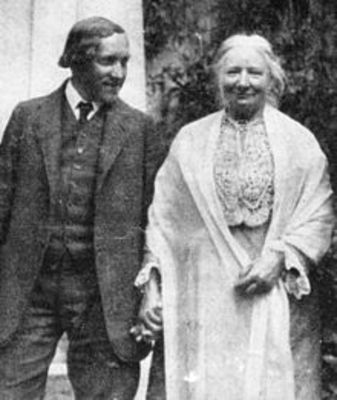 Ellen Karolina Sofia Key was a feminist writer, suffragist and an important figure in the Modern Breakthrough movement and child-centered education.

Key was born in Sweden on December 11, 1849. Her father was the founder of the Swedish Agrarian Party and a contributor to the newspaper Aftonposten. Her mother educated her in grammar and arithmetic and her governess instructed her in foreign languages. When Key was 20, the family relocated to Stockholm.

Key began writing reviews of books for periodicals during the 1870s. In 1883 she began teaching at the People’s Institute and organized a group of 12 upper class women who sponsored social functions for the purpose of improving working class ladies’ manners. Key published many reviews and pieces discussing the Swedish women’s movement and women’s rights. In her later years, she wrote biographies of women who had prominent roles in Swedish intellectual life. She died on April 25, 1926.