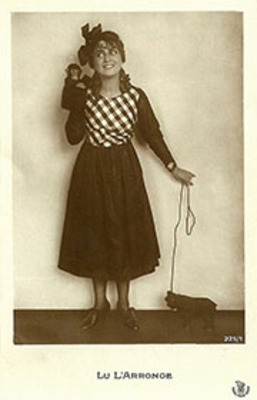 Unfortunately very little is known about the German actress Lu L'Arronge; she was a star of the silent cinema after WWI. She came from a family that was very integrated in the theatrical world, with her father being the cousin of the stage writer Adolf L'Arronge and her grandfather belonging to the founders of the Bühnengenossenschaft (the union organization of the German stage members) in 1871.

Lu L'Arronge entered the theatrical world in 1918 shortly after the end of WWI.

No dates are known of either her birth nor her death.